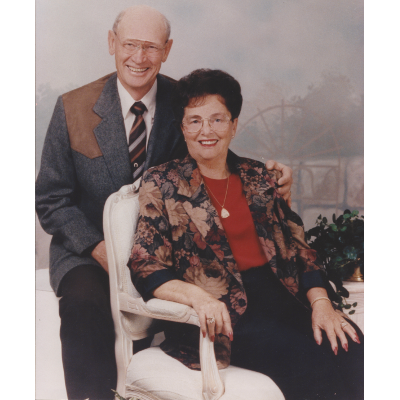 Darlene McKenzie was born November 2, 1926 in Culdesac, Idaho. After attending school in Culdesac, she attended nursing school in Lewiston, Idaho. She married Dan McKenzie in 1945 and had four children: Danny, Donna, Jeanie, and Debbie; thirteen grandchildren and three great granddaughters.

Darlene started trapshooting in 1955 after moving to Troy, Idaho. She shot her first registered targets at the second Camas Prairie shoot where she won her first trophy with a 75. She was the first lady shooter from Troy and one of the first from Idaho.

She has won many awards including being the Idaho State Ladies champion for 14 years, the first lady from Idaho to make the 27-yard line and was named to the All-American second team in 1985. Darlene also shot her hundred-thousandth singles target at the 1994 Grand American.

Darlene has served in many secretary offices and was secretary in for the Hi Yu Indian organization for 10 years.

Her greatest moment in trapshooting included watching Dan be inducted as the Amateur Trapshooting Association (ATA) president in Vandalia, Ohio. And watching her children and grandchildren taking up the sport.

Darlene has dedicated herslef to the sport of trapshooting for 40 years. For her accomplishments and dedication we are proud to induct her into the Idaho Trapshooting Hall of Fame.