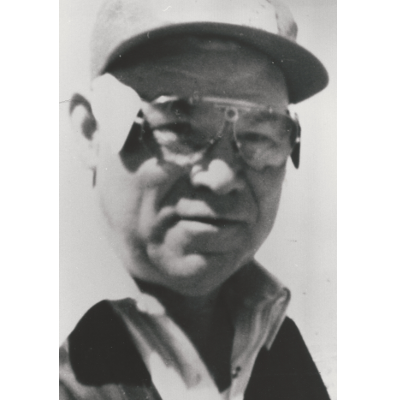 Ralph Miller was born in Boone, North Carolina on August 30, 1918. He came to Idaho in 1937 and started a career in logging and trucking until he retired in 1980.

He started shooting trap a Pierce in 1947. He became a life member of the Amateur Trapshooting Association (ATA) in 1953 and made the 27 yard line at Orofino in 1961 at the Camas Prairie shoot.

The Idaho All-Star teams were started in 1962 and Ralph was on six of the first eight teams. He was Captain two of those years and also was named to the 1986 team as a veteran member.

For over twenty years Ralph was consistent leader in high averages within the state of Idaho. He was within the top several spots in one or more categories in the following years:

Ralph has been active in every phase of trapshooting. He has been president of the Lewiston Gun Club several times and provided labor and equipment to help get it built and also when it was remodeled in 1971. He has served on the state board of directors and as the secretary for the Camas Prairie Trapshooting Association.

He and his wife Della were instrumental in promoting the 100th anniversary of the Lewiston Gun Club and were both awarded life memberships in the club for their contributions to the club and their interest in promoting the sport of trapshooting.

Ralph is a member of the Hi Yu Indians, the Shoshone Indians, and a former member of the Pacific Indians. He attends all registered shoots possible, and has shot the Arizona winter chain since 1980.

Ralph Miller has been a trapshooter in Idaho for over forty years. We salute him for shooting accomplishments and for his contributions to our sport and we welcome him as a member of the Idaho Trapshooting Hall of Fame.