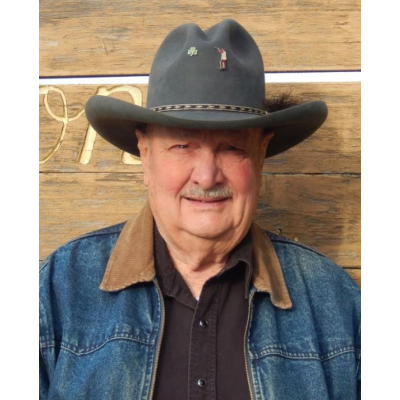 Charles (Chuck) T. Randle was born April 9, 1931 and has lived and worked in Idaho except for two years when he served in the U.S. Army and was stationed in Okinawa.

He worked at the Potlatch saw mill for 20 years and later owned and worked at C&L Lockers in Moscow with his father.

Chuck is a life member of the Colton Booster Gun Club as well as a past life member of the now defunct Pullman Gun Club. A very successful competitor over the years, he has shot 114,250 singles, 100,125 handicap and 54,800 ATA doubles.

Perhaps his greatest contribution has been in support of trap shooting, in particular with young and new shooters. He has donated shotguns and shells to youth shooters for years, as well as trap
machines, voice calls and shells to both the former Pullman Gun Club and the Colton Booster Gun Club.

The shooting record of his wins runs three full pages from the information from Trap& Field. Here are some of the highlights:

It is unknown how many trophies he accumulated at the very large number of local clubs throughout the Northwest in his career he shot at. Chuck was a familiar face at many shoots and until ecently he
participated in registered shoots several times each month.
Chuck is very congenial, friendly and quiet gentleman who
took his love for the sport of trapshooting in dignity, win or not Chuck
always maintained his composure and displayed the finest qualities of
sportsmanship.
He is a most worthy addition to the Idaho State Hall of Fame.