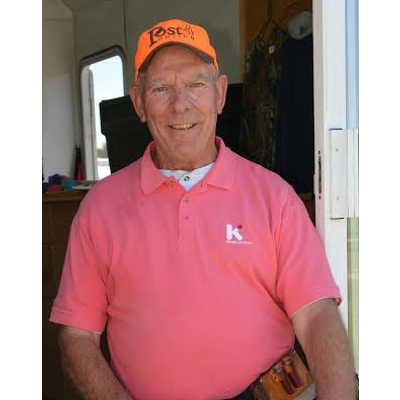 Mike Rinard was born in Boise, Idaho March 12, 1948. His father worked for American Optical at the time and when it burned down in 1953 the family moved to the Lewis-Clark Valley and started their own optical laboratory. Mike lettered in three sports in high school and played baseball for the Lewiston Legion team which went to the World Series in 1966. Mike pitched
two years and was 21 and one. He then went to college at Lewis-Clark State and played ball for them for two years. He graduated from the University of Idaho in 1972 with a Bachelors in Management and entered into partnership with his dad in the family optical business.

Mike played lots of golf in those days and at one time had a one handicap. In 1991 he remarried and learned quickly his new wife was not the country club type. Being from Angel Ridge, Peck, Idaho it was about hunting and fishing. He was reborn, set his clubs aside never to be seen again. His new brother-in-law handed him a Remington 870 TC and it started!

Some of Mike’s greatest memories have been:

Mike has two sons and a daughter, all very successful in their own worlds. They spent their together hours hunting and fishing and anything outdoors. He has 5 grandchildren and one great grand baby. He is very proud and protective of his family, they mean the world to him.

As a professional in the optical field it was appropriate that Post 4 was born, and has grown to a very respected optical supplier. As Post 4 we are proud to say many of the top All Americans are using Post 4 glasses. At last count four of the top six and many more down the list.

What Mike has learned: “It does not matter that number of targets broken, the miles traveled, the trophies or medals won, as the importance of my journey has been the moments shared, the people met and the lives I have touched and those that have touched mine.”

Mike has been the Idaho State ATA Delegate three times and really enjoyed this opportunity to represent Idaho and all the shooters of the state. When he was at Sparta he met many appreciative people for the work he has been involved with at the tournament. To this day many have become friends.

(Note: Mike has amassed well over 90 wins in both ATA and PITA major shoots.)