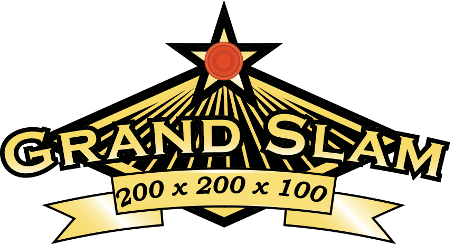 The following Idaho shooters have achieved one of trapshooting’s toughest accomplishments there is, the “Grand Slam“. The Grand Slam is when a shooter breaks 200 in a 200-bird singles race, 100×100 from the 27 yeard Line, and 100×100 in doubles. The has to be done during a competition and can not have any carry overs.

The following list includes each shooter’s name, date the Grand Slam was accomplished, and the final “leg” (score and discipline—i.e., singles, handicap or doubles) which completed his or her Grand Slam.